STFM joins the International Coalition of Sites of Conscience

We are so happy and honored to announce that Southern Tenant Farmers Museum has been accepted into the International Coalition of Sites of Conscience! This global network of museums, historical sites and memorial initiatives includes some of the leading institutions maintaining sites of civil and human rights history, including the National Civil Rights Museum in Memphis and the first Coalition member in Arkansas, the Little Rock Central High School National Historic Site.

For more information, see our A-State news article at:
http://www.astate.edu/news/southern-tenant-farmers-museum-joins-global-association 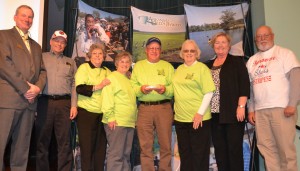 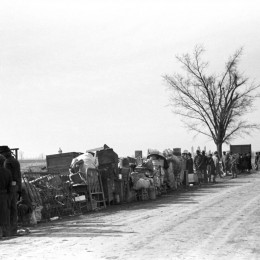 JONESBORO — As part of the celebration of February’s Black History Month and March’s Women’s History Month, the Southern Tenant Farmers Museum (STFU) is hosting a lecture on Wednesday, Feb. 24, at 2 p.m. in the Mockingbird Room at the Carl R. Reng Student Union on the Arkansas State University campus.

Dr. Jarod Roll, associate professor of history at the University of Mississippi, will speak on the 1939 Missouri Bootheel demonstration focusing on the Southern Tenant Farmers Union’s involvement and the role women played in the demonstration. The title of his lecture is “On Jordan’s Stormy Banks: The STFU and the 1939 Roadside Demonstration in Southeast Missouri.”

The Southern Tenant Farmers Union was formed 81 years ago at Tyronza, Ark., to help sharecroppers and tenant farmers who found themselves homeless because of the Great Depression and was intensified by the New Deal’s Agriculture Adjustment Act. The act, which was created to help these farm laborers, contained loopholes that landowners used to help lift themselves out of the Depression while sending many sharecroppers to live on the side of the road.   The union was made up of black and white members—something unheard of in 1934. It also let women be in leadership positions, another unusual event of the era.

It was those evicted sharecroppers and tenant farmers who caught the attention of Rev. Owen Whitfield, a pastor of a local church in Charleston, Mo. Rev. Whitfield was a sharecropper himself and understood what these families were enduring during the hard winter of 1939. Serving as the vice president of the local STFU, Whitfield suggested that the homeless families move their tents out of the woods to the side of the road to bring attention to the plight of the farmers during one of the worst times in American history. Little did he realize at the time he would soon have more than 100 miles of evicted farmers living on the highways of Missouri.   More than 1,000 men, women and children took part in what is now known as the Missouri Bootheel demonstration.

Roll is a historian of modern America specializing in labor and working-class history, history of religion and history of the South. He is the author of Spirit of Rebellion: Labor and Religion in the New Cotton South (Illinois, 2010), which won the C. L. R. James Award, the Herbert Gutman Prize and the Missouri History Book Award.

Roll is the co-author with Erik S. Gellman of The Gospel of the Working Class: Labor’s Southern Prophets in New Deal America (Illinois, 2011), which won the H. L. Mitchell Award from the Southern Historical Association. He also published research in the Journal of Southern History, Religion and American Culture, Labor History, Southern Spaces, Radical History Review, and, most recently, Labor: Studies in Working-Class History of the Americas. During 2012-13, Roll was a research fellow at the Shelby Cullom Davis Center for Historical Studies at Princeton University.

He joined the University of Mississippi in 2014 after teaching for seven years at the University of Sussex in Brighton, England. Roll earned his Bachelor of Arts degree from Missouri Southern State University, and his Master of Science and doctoral degrees from Northwestern University. 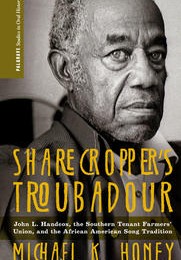 Added to stops at local museums and nationally known tourist sites, the ride concludes with an Americana “blue plate” dinner at regionally acclaimed restaurant Tyboogie’s in Tyronza. Also, a warming soup is available for riders near the half-way point at the Painted House in Lepanto.

The ride begins and ends at the Southern Tenant Farmers Museum in downtown Tyronza at 10 a.m. Registration is $45 per rider prior to Oct. 1 — $50 after Oct. 1 – and includes admission to all the museums along the 50-mile path, which serve as rest stops.

Once again, the world-renowned Johnny Cash Boyhood Home is among the tour stops. Along with experiencing the unique geography of Poinsett and Mississippi counties that resulted from the nation’s greatest earthquake, riders can visit the A-State Heritage Site at Dyess Colony, the Painted House featured in the Lifetime movie of the John Grisham novel in Lepanto, the Marked Tree Area Museum and the Rivervale Siphons.

Registration for the event is online now at AState.edu/SunkenLands. Museum admissions, the post-ride meal, and t-shirt are included in the registration fee.

Proceeds from the event benefit programs of the Sunken Lands Chamber of Commerce. 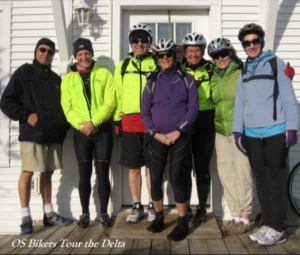 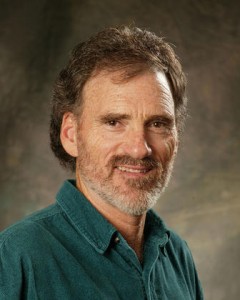 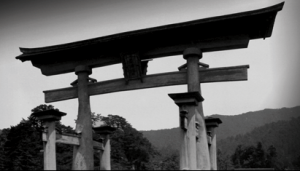 In the Poinsett County Democrat Tribune article, “Local Artist Displays Work at Museum,” the June exhibition of artist, Sharon Hatley’s, paintings at the Southern Tenant Farmers Museum is discussed. Sharon Hatley’s paintings will be on display during the month of June during regular business hours. To view this article, please click here.

Are We There Yet?: Museum Tells Unique Tale of Tenant Farmers Union 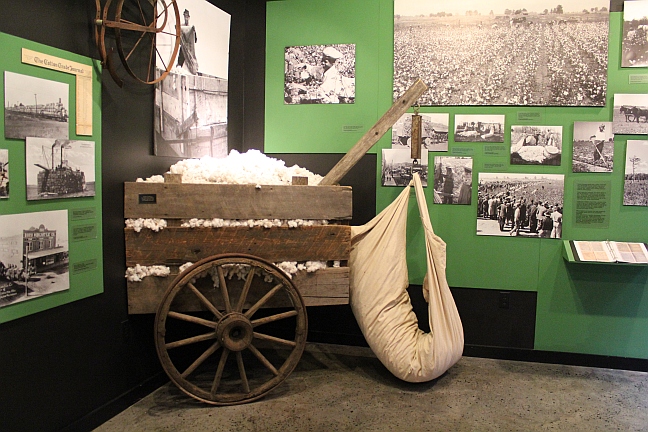 Photo by MARCIA SCHNEDLER / Special to the Democrat-Gazette
The Southern Tenant Farmers Museum in Tyronza tells the story of a racially integrated union that made its mark during the Great Depression of the 1930s.